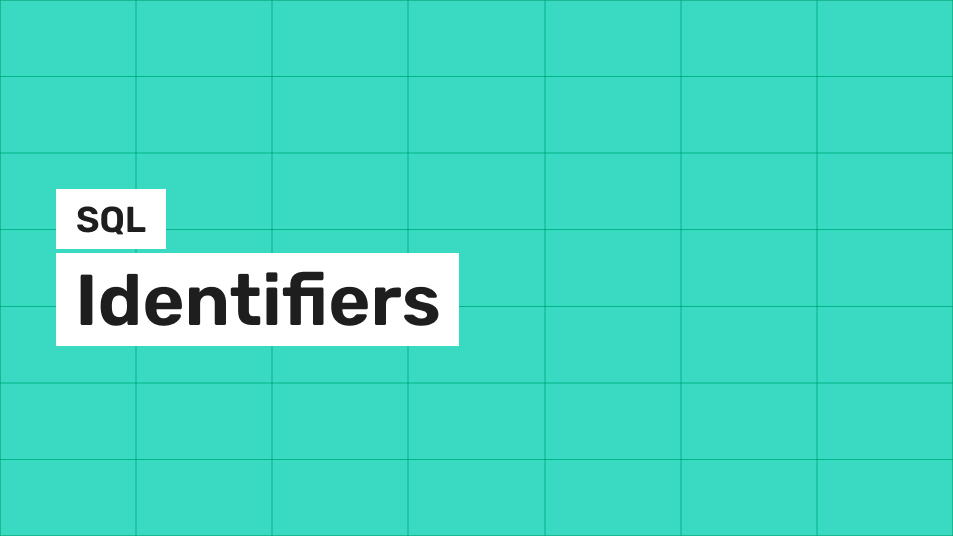 What is an identifier?

Identifiers are syntax rules for names of tables, columns and such database objects. When used the identifier should identify the SQL implementation of the example or cover the variations used by different SQL implementations.‍‍

Unquoted identifiers can use letters (a-z), digits (0-9), and underscore (_), and must start with a letter.

If you are going to use an unquoted identifier, you are able to use letters (a-z), digits (0-9), and underscore (_) but you must start with a letter.

Depending on what SQL implementation you are using, other characters may be allowed. They can even be used as first letters.

How this situation is handled depends very much so on the SQL implementation you are using.

MS SQL: Case-preserving, sensitivity defined by database character set, so can be case-sensitive.

PostgreSQL: Converted to lowercase, then handled like quoted identifier.

Oracle: Converted to uppercase, then handled like quoted identifier.

Get started for freeSchedule a demo

No credit card required to try